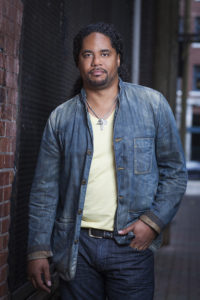 An artist manager guides the professional careers of artists in the entertainment industry. The responsibility of an artist’s manager is to oversee the day-to-day business affairs of an artist; advise and counsel talent concerning professional matters, long-term plans and personal decisions which may affect their career.

The same questions kept being asked:

Tell us about your journey within the music industry and beyond.

About 2 years into my sobriety I made my first strides in the music industry as an Artist’s Manager. It happened in a roundabout way.  Previously I had represented visual artists (fine art painters and photographers) in Edmonton with an Agency I created, “Crane and Lion Artworks”. We worked directly with Advertising Agencies to help them connect with fine artists for “extraordinary” visual installations. Our biggest projects were in West Edmonton Mall where we created a number of large murals inside and out. Ironic only now, we worked with every major Beer and Spirit brand across Canada as well.

At some point I decided to move out West where I began working at a Port Moody Art Gallery as their business manager and co-curator. We hosted lots of amazing art openings and won Business of the Year a couple times. It was during  this time that I enrolled in the BC Alliance For Arts and Culture program in Vancouver to learn more about art contracts, copyright law, reproduction, licensing and a number of other subjects that supported my knowledge of representing people in the creative arts. After completing this, I began to focus on a sm{“type”:”block”,”srcClientIds”:[“6c4f832f-61d7-4525-b124-d784a4a9f402″],”srcRootClientId”:”52728aa3-7c03-45ce-87d7-4167e4a8dd6c”}all roster of visual artists, and worked to help them sell their work and grow their footprint in the art scene and online.(which was new at the time).

I had always had a passion for music and song writing, so it seemed logical to apply what I had learned to a growing need for guidance in the music industry. As a teenager, I was always hanging out with friends in some home/garage/closet studio being creative, maybe even writing a hook here and there for someone. As a project-loving personality, I immediately wanted to learn more about music creation and promotion.

Now I was in Vancouver, going to shows and meeting creative people, musicians. After having some engaging conversations, it became blindingly apparent that artists; whether visual or performing, struggled with the same thing. Self Promotion. Everyone had a level of comfort on how to create music, but they didn’t know how to properly represent themselves or their art. Right here is when the spark was lit for me.

I have always liked “projects”. I like building things in order to expose more people to the arts; it has always been my passion.

In 2012 “Mercury Artists”, took on our first artist, Vancouver Rnb Singer Sarah Eske. A year later she released her first full length album. In the beginning, I had to be a ‘jack of all trades’, but soon I had developed amazing relationships with engineers, producers, videographers, songwriters, grantwriters, radio promoters, graphic designers, website developers to create a 360 degree creative team. Now we are able to assess where an artist is on their path, and then work to fill in the missing pieces they needed to make sure their brand and music are launched with maximum effect.  It was through this process that I created the record label, Element-80 Records Inc. To this day we have commercially released over 125 masters in RnB, Rap, Dancehall, Reggae, Afro Pop, Rock, EDM and Piano Instrumental genres, with artists from around the world.

We also grew to have  a number of Vancouver and BC-based artists. All had great music, but needed to get up on stage. I worked with pretty much every live venue and social houses in Vancouver and across BC to maintain the Live Music scene by bringing new musical acts to their stages. Rarely did we get paid a “guarantee” for performances. It was always whatever we brought in  at the door. So it didn’t take me long to realize I had to get into the Event Promotion side of the Music industry. I didn’t just have to promote artists, if we wanted great shows, we would have to produce them ourselves.

It began with just a few events and venues a year, to us curating about 30 acts/shows for private clients, and over 15 venues in Metro Vancouver and beyond. Each Summer we produce an outdoor festival called Lucha Libre Spectacular, that showcases at least 10 BC-based musical and performance artists or groups.

At some point I began to appear on CBC The National with Ian Hanomansing. He would often have me on the show to talk about “Breaking News” in the music industry. Sometimes it was about Spotify Royalties, and other times it was about the passing of Prince or some other icon. It was always a great experience, and also allowed me to shine some light on our local music scene and artists while on camera.

Now I find myself working with artists from around the world. I have had songs playing on TV and Radio on all four corners of the globe in multiple languages. I have had the opportunity to work with people who have such amazing stories to tell through their music.